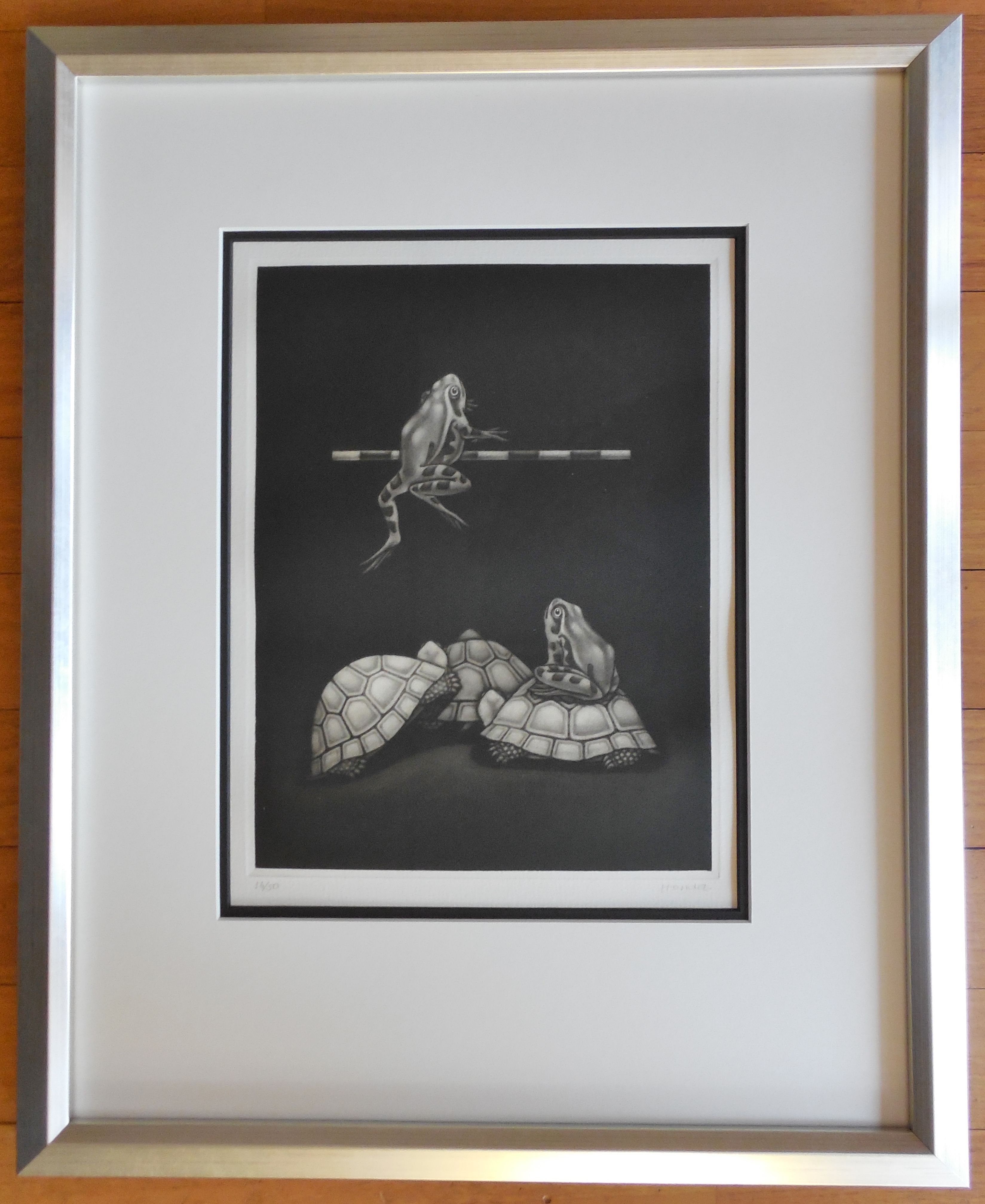 Honda began his education at the University of Osaka. He moved to Paris in 1974 to study intaglio printing at the famed Atelier 17 with Stanley W. Hayter. He eventually apprenticed under the master Yozo Hamaguchi, who had a profound stylistic impact on the development of Honda as a mezzotint artist. He perfected his color mezzotint technique at the Pratt Graphics Center in New York City.

*Many other Honda mezzotints are available