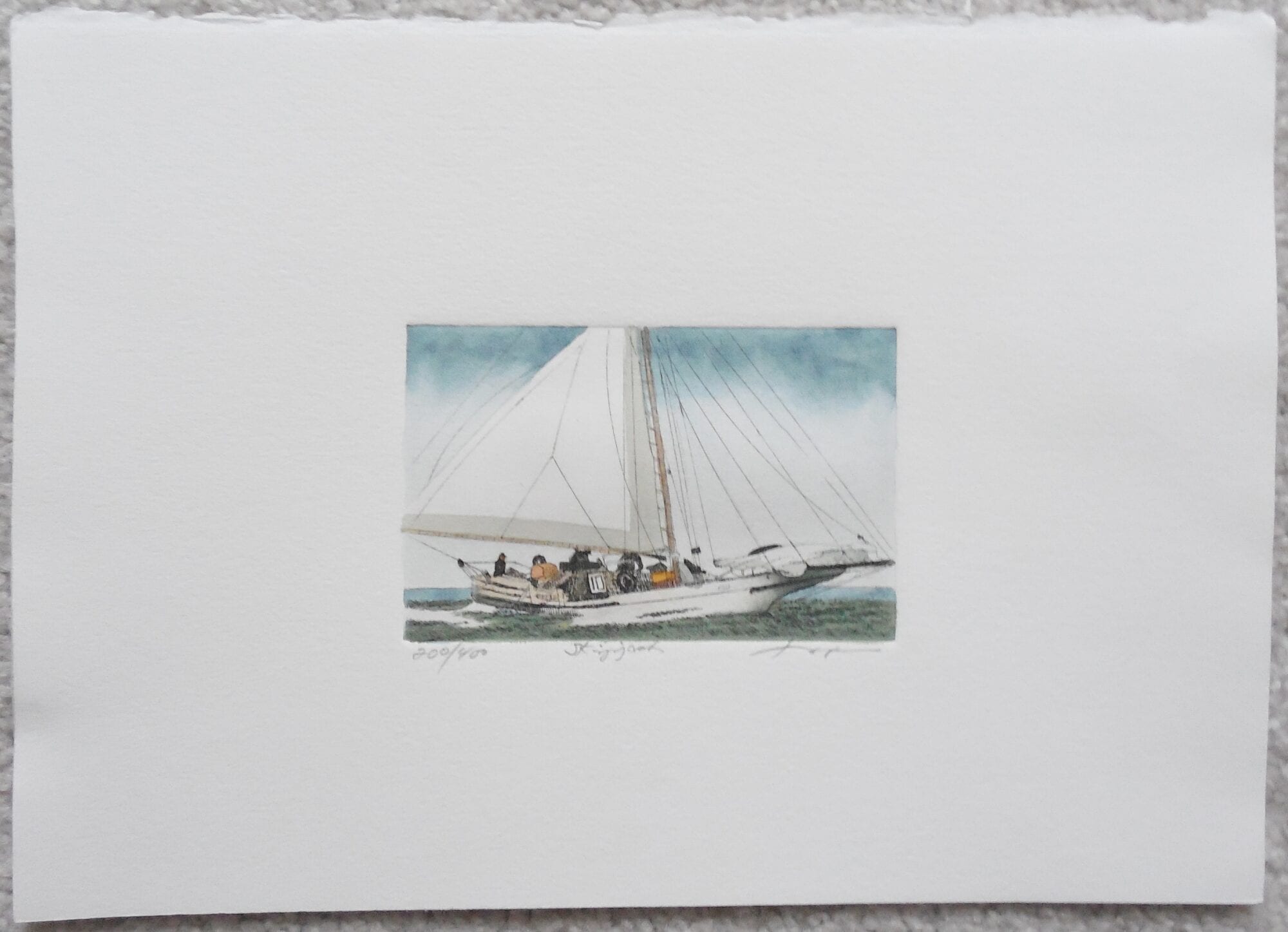 “Skipjack” from the Along The Coast Series

Skipjacks are the last working boats under sail in the United States. In winter, fleets of skipjacks are used to dredge oysters from the floor of Chesapeake Bay. “Drudgin,” as watermen called this process,  hard, cold, dirty, sometimes dangerous work. The skipjack became the State Boat of Maryland in 1985.

Frank is a self-taught artist and has worked with various media including watercolor, etching, acrylic painting and silkscreen printing. His work reflects his passions for sailing, golf and architecture. The work is realistic, yet each image relies more on mood rather than a specific place or object for effect. An important aspect of Frank’s work involves the interaction of the watercolor and the moistened paper. He utilizes the absorbent properties of the paper to create a relaxing and calming effect while the hard etched line give a contrasting realism to each print.

Frank’s etchings and paintings are in collections and galleries throughout the United States, Canada, Europe and Japan.